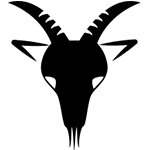 Find a new way of life!

To feel in tune with your inner aspirations, you’ll feel like changing your eating habits and your home decor. To begin January 2017, and the year in general, avoid eating meat as this way toxins won’t accumulate.

Between frustrations and abuses!

Under the Jupiter-Uranus planetary opposition, your vitality will be like a roller-coaster. It’ll cause: nervousness, anxiety, sleepless nights and bulimia! During February, you might snack on junk food and have trouble sleeping at the same time…

Due to the Venus-Pluto square, you’ll have a hell of a job chasing away an old conquest from your mind. This will prevent you from moving forward. Listen to your heart. In your job, it won’t be the cure-all. Due to dissonances from Pluto, you’ll be scared of failing, with a capital F! Muster up some confidence!

Buddy Capricorn, due to Venus-Saturn square, you’re going to kick your heels as you won’t be satisfied by your job. A professional change might become necessary. Due to opposition from Venus, your friends might isolate you. There won’t be as many common interests…

You pick your friends but not your family!

You won’t feel like throwing the towel or getting blamed in your family, especially with the opposition from Mercury. Be less cutting! Under Pluto’s thumb, you’ll be diplomatic and won’t make yourself conspicuous therefore give priority to your love life. You’ll be rewarded…

You’ll keep your feet firmly on the ground!

In your love life, you’ll do your best to make this a great month. With the Venus-Pluto trine, you’ll be original and bold. In your case, money will keep your projects going. Due to Venus, you’ll show great maturity!

A little under the weather…

Solar dissonances will take away your inclination to fight. A big part of the month, the first three weeks to be precise, you’ll feel completely whacked. Buddy Capricorn, despite your shy efforts, you won’t be able to move the obstacles in front of you.

In your love life, you’ll always have this latent aggressiveness, which could make your relationship too volatile and suddenly. In your work, Mercury’s resonance will be opposing. You’ll be free as a bird. Your director won’t be too happy about it.

Move up the level, four by four!

According to you, chance doesn’t exist in the professional environment. Buddy Capricorn, due to the Sun-Pluto trine, you’ll be great at handling difficult cases. Of course, you’ll be working in a familiar and conquered environment, and with helpful colleagues.

Advantaged by Pluto and its impulses, you’ll feel like surpassing yourself in a romantic relationship to achieve pleasure. Though, more beautiful things are yet to come! A tax reminder or an increase in expenses, October and Sun will be ruthless with your money.

Due to professional dissonances from Pluto, there will be constant risks of explosions. Some people will stand in your way to develop professional ideas. With Venus, your splendid heart will vibrate colorfully. This will allow you to stay on course and have a peaceful love life.

Buddy Capricorn, depression and discouragement will create obstacles. You’ll be overtaken by events. Moreover, throughout the year, you’ll accumulate fatigue. Under Saturn, you’ll wait impatiently for the end of 2017! Some more days and you’ll be all new…