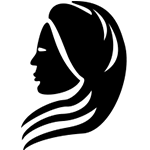 This month's horoscope forecast for the zodiac sign Virgo.

Get your Mood, Love, Career and Wellness horoscopes for this month.

The week seems to be quite restless, in terms of couple relations...Stars cast a shadow on your relationship. Exchanges are tarnished by suspicions, lies and rebukes...Anyways! This isn't really pleasant. Things need to be reviewed so that you get rid of the obstacles, coming in the way for your home to function properly. Luckily, Earth signs get the upper hand and help you put things in perspective and resume your sense of discernment.

Thanks to the many stars in Earth signs, you show promising ardor at work. Sun and Uranus in Taurus allow you to give new momentum to one of your projects and stand out from the competition. Mars is in opposition with you and heralds a possible power struggle. Someone may try to create complications for you and prevent you from moving forward. You'll need to fight, to assert your choices. You'll succeed!

Jupiter and Pluto are still well-placed and ensure very satisfying results. This could concern a real-estate deal, inheritance or a donation. Regardless of the matter, you should yield profit. However, Venus will encourage you to spend recklessly, which isn't like you. don't get influenced by fake arguments or someone too polite to be honest! Continue managing your budget, the way you usually do.

The most important this month will be not to get influenced, regardless of the sector where on tries to influence you. Between lies, smooth talking, fake promises, complicated explanations, you'll have a hard time sorting the good from the bad. The simplest would be to systematically refuse what one apparently calls good deals, good tips or miraculous help you may come across. Remain alert!

Planets in Earth sign trigger strong influence. Jupiter and Pluto show you the path to follow, strengthen your resistance. Uranus and Sun speed up your projects and offer you promising opportunities. However, Neptune and Mars are opposed to you and Mercury and Venus form a square. You need to remain wary, so that you don't get taken in by lies or promises with unreal success. You need to review things in your love life!