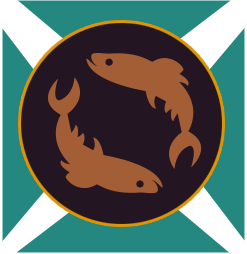 In this sign dominated by Neptune, the Sun first acts on the soul of a man, its strengths of intuition and aspirations.

You’re extremely sensitive with an artistic nature on one side selfless and on the other merciful. You have mystical gifts and a tendency to be attracted by spirituality. You try to uncover the mysteries of life, to understand the profound and spiritual flow of humanity and to exterminate suffering. You often lack a will to carry on things, and you often let yourself be influenced in your decisions and often change how you feel about things. It is often observed that you have a tendency to surrender your personality and sacrifice of yourself to the support of someone else or to an ideal. You can have a morbid imagination that will be known to the sensitive side of your existence. You then become a hysterical, perverse, licentious and dissipated person. You run the risk of falling prey to an unhealthy sadness that is able to deprive you of the will to fight back and to therefore see you as a person weakened to point of being unfit to take on any activity.

You have a preference for occupations that are hidden from the public eye, like in prisons, hospitals, charity institutions and so on. You have a strong ability in anything to do with being a medium, psychic and in the occult. You suffer from excessive sensitivity.

Blue Sky, blue according to optic laws gives the illusion of distancing yourself from the viewer. It creates the sensation of space, perfect for the elusive Pisces. Blue appeases, purifies and creates a link. The blue of Pisces is sky, light and diaphanous. It is the blue of air and water. Male and female Pisces love it because blue doesn’t frighten nor seduce those around them but it doesn’t tarnish them either. It is a sort of magic potion that brings lights!

You never forget nor forgive any cheap shot.

You know how to keep secrets

Social, medical or paramedical, psychological, first aid, art, dance, singing, cinema and theatre. You’re able to adapt yourself to many jobs that you wouldn’t do by choice but by need to put food on the table.